The art of telling the truth 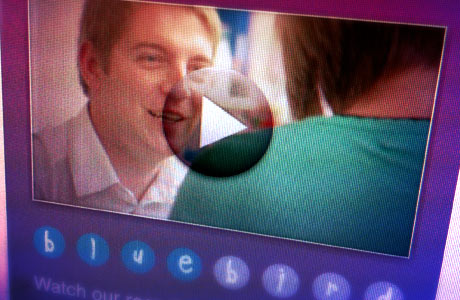 The temptation to cross the line between self-promotion and embellishing the truth can sometimes be strong.

Many an ‘Apprentice’ candidate has seen the famous Sugar finger as a result of exaggerated or unsubstantiated claims on their CV at the interview stage of the show. And I always feel the familiar rhetoric in recruitment ads to work with a “friendly, supportive team” or a “dynamic, forward-thinking trust” so tired and lacking in original thought as almost to be self-defeating. If this were really the case, would you ever feel the need to spell it out? To see such phrases should at least fill the potential candidate with an element of scepticism about what the role may involve.

Which is why the brief we received to help recruit nurses to Bluebird House gave us such an interesting challenge. We were asked to create a short recruitment film that gave a positive but accurate account of life working on the unit.

As part of Hampshire Partnership NHS Foundation Trust, Bluebird House is one of only six medium secure units for young people in the NHS. The plus points of working there? It’s a unique purpose-built unit at the cutting edge of its field. There’s the obligatory “friendly, supportive team” (no, it’s true, there really is!) and the chance to engage with service-users during a particularly impressionable period of their lives.

The drawbacks? Well, a very real prospect of facing violence and abuse from service-users on an almost daily basis. Moving on quickly over this minor, insignificant detail, let’s go back to the safe corporate sanctity of the “dynamic, forward-thinking trust”…

…Except that you can’t do this. The purpose of a promotional recruitment film is to provide the potential candidate with a virtual taster day. To sell the character of the unit, and the people who work there. Which means you cannot just gloss over the facts. And there is little point in creating an image that is shattered the moment the applicant sets foot on the ward. It’s like when you see a ten foot high billboard of a huge, thick juicy burger and then receive two slabs of cardboard over a thin slice of meat. This problem is known as the brand promise reality gap and it shows how there has to be some continuity between the image you portray and the product you sell.

Of course we were given a few rules to follow for the filming due to the sensitive nature of the project. Rather predictably, no service users, no security cameras or fences, no scenes of violence! But it was liberating to create a film with personality that did not follow a script handed down from the Chief Executive. We managed to cram 30 members of staff into the four minute film, all of whom were volunteers, and only gentle arm-twisting was required in a few cases.

See the results for yourself by watching the film:

Feedback has been extremely positive from all quarters, but the comment upon which I would most like it to be judged came after one applicant had been given an actual tour of the unit. He said to the recruiting manager: “It’s just as it was shown on your film.”