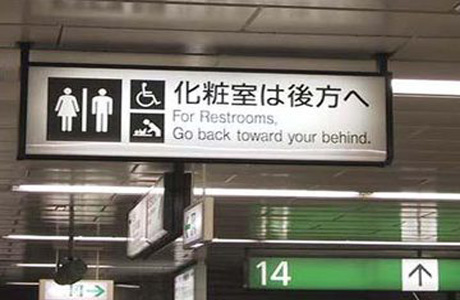 Standing on a church hall stage with an interpreter by my side in front of an audience of 200 predominantly non-English speakers from the local Nepali community. This was definitely one of the more surreal moments of my time at NHS Creative.

Not being one for public speaking, I was so close to my own personal nightmare that the only thing missing from the scenario would have been for me to look down and find myself naked.

Thankfully, I was ably assisted by Nick Birtley, Equality and Diversity Manager from NHS Hampshire. And thankfully for everyone else, my worst fears about nudity were not realised.

We were guest speakers at the Maddhat Shamuha Nepalese Help Group in Farnborough, recruiting volunteers to take part in a series of focus groups to examine what the NHS needs to do to communicate with the sizeable Nepalese community in Aldershot and Farnborough.

Ever since Joanna Lumley’s high profile campaign to give ex-Gurkhas the right to live in the UK in 2009, according to the BBC, more than 7,500 former soldiers and members of their families have been granted Visas. And the majority of these people have moved to Aldershot, a small market town in North Hampshire, because of its close links to the military and already established Nepali community.

This of course puts a tremendous strain on the provision of local healthcare, not least because the majority of new arrivals are over 60 and already below the poverty line. Nepal is the 14th poorest country in the world and Type 2 diabetes and Tuberculosis are particularly common healthcare problems across the community.

There are also many important cultural differences which can create their own problems. For example, Nepalese surnames are largely limited to a few names which can be used across both sexes. One GP practice has reported they have over 100 Krishna Gurungs registered on their books – both male and female! For this reason, it was necessary to convey to the Nepali community the importance of quoting their NHS number when accessing healthcare services, as this is the most effective method of patient identification.

So Nick and I were attempting to address at least some of the complex issues raised by communicating with this particular social group. High levels of illiteracy in their own language meant that a straight forward translation of existing material was not the answer. The focus groups told us that pictorial aids would be a valuable way of supplementing essential healthcare information. And so we developed a Choose Well booklet with a strong photographic bias, which gave simple instructions about when and how to access NHS services.

In addition to this booklet, a DVD and MP3 player is also being developed, to deliver a package of communication tools to help reach the Nepali community. We went back to the focus groups at each stage of developing the booklet, to test our approach was correct and to be certain of no mistranslations like the one in the photo at the beginning of this blog. The material was received with enthusiasm, and a publicity campaign and launch event is scheduled to take place in the forthcoming months to promote what has been developed.