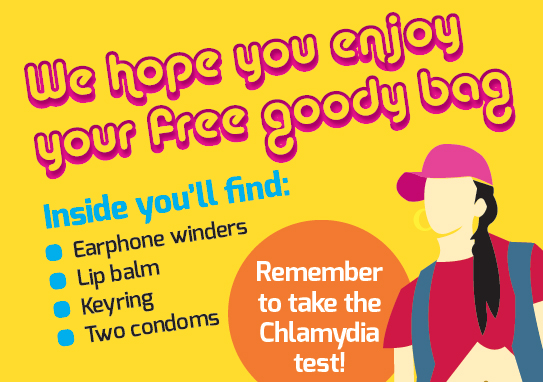 Clocking on at the NHS Creative production line

And I’m not exactly Henry Ford, but then sometimes managing the logistics of an advertising campaign involves many things that you don’t expect from the initial project brief.

It was part of a chlamydia campaign we’d been asked to run by NHS Buckinghamshire to encourage young people to get tested. The trust’s sexual health service was looking for innovative ways to engage with their target audience and we had agreed upon the idea of developing an incentive-based approach. Facebook was to be one of the media channels to promote the campaign and past experience has shown ads for this subject matter that offer some form of incentive to significantly outperform those which purely push the health promotion message.

Specific guidance from the National Chlamydia Screening Programme requires any patient incentive to be “proportionate to the action required”. The guidance states:

“The chlamydia test is non-invasive, involves no discomfort and has significant health benefits. Therefore, the size (and cost value) of the incentive must be small.”

And so we developed the idea of a free goody bag, to be given out to patients when they request a testkit from their local GP or pharmacy. We agreed upon giveaway items that we hoped would serve a useful purpose to the target audience. If retained, they would then act as a reminder to re-test in the future, as well as potentially having exposure to other peer group members.

Working to a tight pre-determined deadline, NHS Creative sourced and branded the items, and then it was all hands to the deck and 1,000 bags to stuff with appropriate goodies in less than two days. 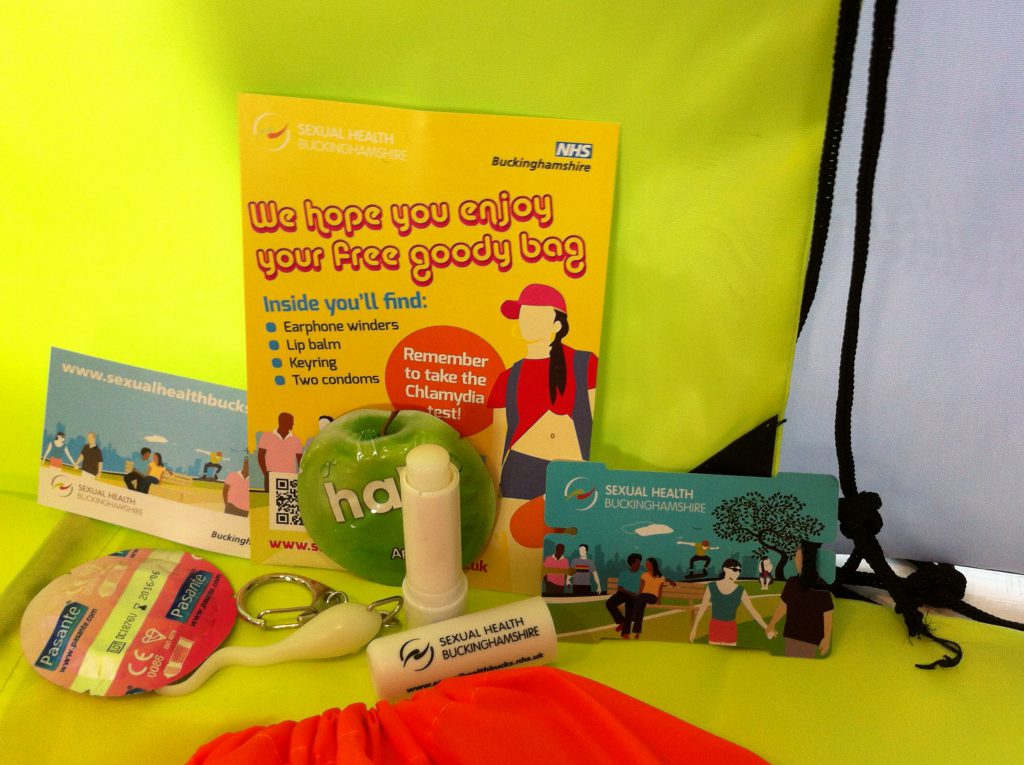 Once the goody bags were in place at the required GP surgeries and pharmacies across Buckinghamshire, the advertising could begin. Posters were put in place at the venues where the goody bags and testkits were available, and a six week campaign began on a local radio station. Ads on Facebook targeted 15 to 24 year olds across the county.

The campaign will be evaluated by a series of measures including online statistics, text message responses, feedback from counter staff and ultimately by the number of young people screened. Fashionistas are also said to be closely monitoring the increasing prevalence of fluorescent bags amongst the young people of the Buckinghamshire area.