Anyone for Extreme Pogo-Sticking? 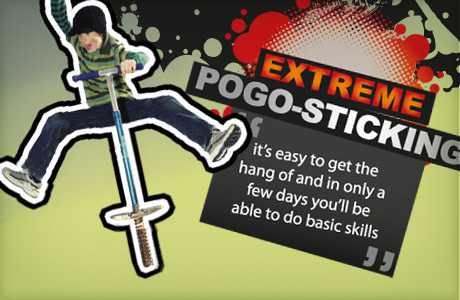 That’s the question being posed as part of the Buzz without Booze campaign we’re helping to launch across Southampton.

In a competition to find healthy alternatives to drinking alcohol, Extreme Pogo-Sticking was the winning suggestion made by a Southampton teenager. The competition was organised by NHS Southampton City and open to 11-16 year olds across the city. Other popular suggestions included bike hockey, free running and freestyle football. We’ve created the following artwork to highlight some of the best responses received from Southampton teenagers:

One of the key aims of the Buzz without Booze campaign is to encourage young people to try new activities for the first time. By adopting a new hobby or participating in a new sport, not only is it good for your personal development, it’s also likely to reduce a young person’s need to seek an artificial ‘buzz’ from drinking booze.
As part of NHS Creative’s involvement in the campaign, we’ve been asking local businesses to donate discount vouchers and offer free introductory sessions to a wide range of activities across the Southampton area. This aspect of the project has been a new initiative for NHS Creative, but with over 30 vouchers agreed so far, it’s been a resounding success. At the centre of the drive has been Keith Richards, NHS Creative Account Manager:

“It’s been my job to approach local businesses and ask them to donate vouchers to the campaign. Over the past few months, I’ve spoken to the owners of taekwondo clubs, pottery workshops, riding stables, boxing clubs and ski slopes. It’s certainly opened my eyes to all the different activities available out there – and we’ve received a really positive response from a wide range of organisations that want to be associated with the campaign. The only disappointment has been that I haven’t yet found an Extreme Pogo-Sticking Centre in the Southampton area!” 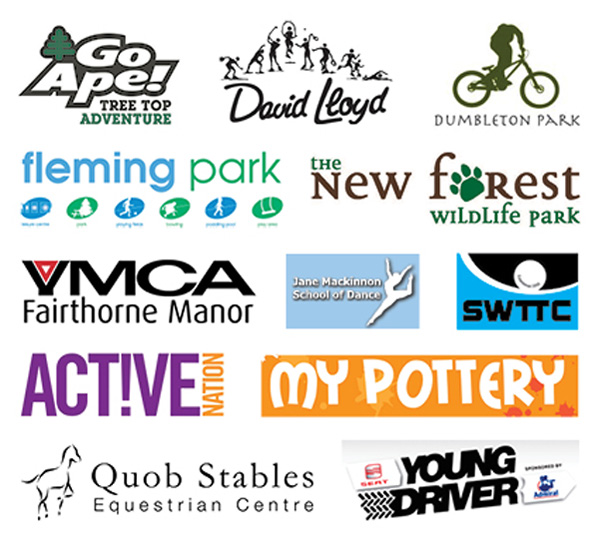 Confirmed partners who are donating vouchers to the campaign

“The aim of Buzz without Booze is not to preach an overtly anti-alcohol message, but to encourage young people to recognise the benefits of doing something more constructive than drinking. The voucher scheme has been led by NHS Creative and is proving to be a key driver in the success of this project.”

So if you’re interested in taking up a new hobby, visit Buzz without Booze for some ideas!