The importance of colour in branding 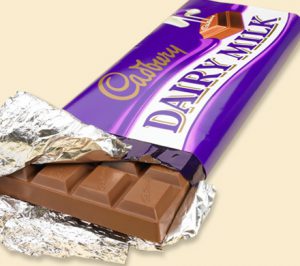 Thanks to a landmark ruling by the High Court, did you know that it’s now possible to copyright a colour so that it cannot be used by your competitors?

Nestle had argued that it is not possible to own intellectual copyright over a colour, but the ruling was made in favour of Cadbury due to their historic association with the Pantone colour – they have been using it since 1914.

The situation then took a turn towards the absurd, when as a result of the ruling; a small Christian fair trade chocolate producer based in Manchester was forced to change the purple packaging of their Christmas tree chocolate decorations. The decorations featured various Nativity scenes and used the colour purple, which has been recognised by the Church as symbolising advent for hundreds of years. But to avoid the risk of infringing Cadbury’s copyright, the company reluctantly changed their packaging from purple to scarlet. 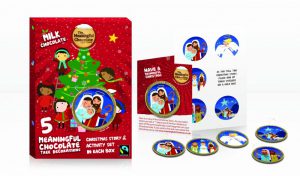 As a culmination of over eight years of legal wrangling for Cadbury to obtain the copyright protection, it shows the importance of colour in branding, and how some brands position themselves to be synonymous with a particular colour.
Just for fun, can you identify the brand from the colours on the poker chips below?

Quiz courtesy of Brand Republic. Answers at the end of this blog.

The Cadbury’s example brings into sharp focus the lengths a company will go to in order to protect a well-established brand. It shows that a brand identity is much more than a logo or colour.

So what can the NHS learn from this, and should we be protecting Pantone 300 (NHS Blue), rather than allowing individual NHS organisations to move away from the NHS logo altogether by creating their own brand identities?

As you can see from the quiz above, NHS Blue is on a level of distinction comparable to the red of Coca-Cola or the purple of Cadbury – a position achieved without the billions of pounds worth of advertising invested by its counterparts.
And it certainly has the history to match. Established in 1948, the founding principle of the NHS is good healthcare available to all, regardless of wealth. This is a fundamental philosophy that is deeply ingrained in the psyche of the Great British public. As a consequence, the NHS logo is recognised spontaneously by over 95% of the public (Source: NHS Brand Guidelines), and carries with it high levels of trust and credibility.

The introduction of patient choice across the NHS has meant that more and more NHS providers are looking to re-brand themselves, to show they are unique and distinctive from other NHS competitors. The motivation to differentiate is understandable, but from a marketing perspective, it is a curious thing for an NHS organisation to be deliberately re-positioning itself away from 65 years of brand history, particularly in light of the Cadbury’s example.

At a time when private sector providers are competing against the NHS to win contracts, if an NHS trust were to embrace the NHS identity, it would help to reassure the general public that their services are still part of the NHS family. And it would also allow the organisation to tap into a famous and much loved brand history that a commercial rival could be prepared to go as far as the High Court in order to protect.
Quiz Answers:
Black = Guinness
White = Apple
Red = Coca-Cola
Purple = Cadbury
Orange = Orange
Blue = NHS
Yellow = McDonald’s
Green = Harrods