Q: How is the reform plan for the NHS comparable to The Great Wall of China? 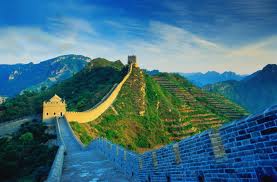 A:  Both are so large they are (allegedly) visible from space!

It was in 1895 that Sir Henry Norman described The Great Wall of China as “the only work of human hands visible from the Moon”. The first seeds were sown to a myth that is still persistent in popular culture today.
(For the record, being able to view The Great Wall of China from the Moon would be the equivalent of being able to view a single human hair from over two miles away.)

And it was in 2010 that Sir David Nicholson, chief executive of the NHS, jokingly described NHS reform plans as the biggest change management programme in the world – the only one “so large that you can actually see it from space.”
Three years on, and the reform plans are within weeks of becoming a reality. Not without some political sacrifice for the Coalition Government – the unprecedented and damaging ‘pause’ in the parliamentary process and the removal of the Health Secretary,  Andrew Lansley, who had been the chief architect of the changes.

Despite this, the reforms came to pass, and on 1st April clinical commissioning groups (CCG’s) will finally come into full effect. Primary care trusts and strategic health authorities will be no more and the assimilation of Public Health teams into local councils will be complete. The day will also mark the NHS Commissioning Board taking on full statutory powers to oversee the whole system.

To use the analogy of The Great Wall of China, these reforms are the equivalent of dismantling the structure of the NHS brick by brick, and putting it back together with less bricks into a new slim-line version that’s ‘fit for purpose’ for the modern age. 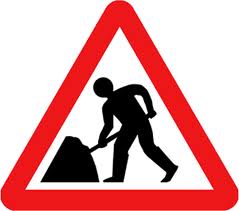 The only problem with this new and improved version is that I fear the monumental level of effort that was required to dig up its existing foundations and re-route its path far exceeds any efficiency savings that could ever be gained from the use of less bricks.