There’ll be no outbreak of measles on our watch! 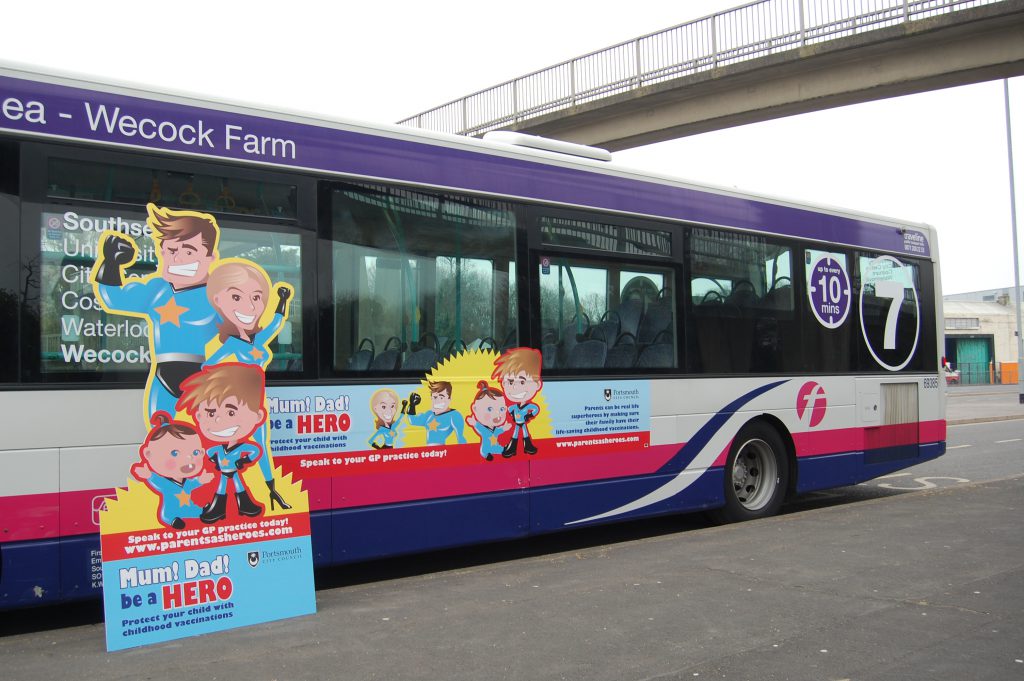 That’s the brave call from our superhero characters as they stand guard across Portsmouth city centre this month.

As if the measles outbreak in South Wales has not been enough of a timely reminder, our loveable family of epidemic-busting superheroes has literally been popping up all across the city to encourage parents to ensure their children are fully immunised.

Statistics from Portsmouth City Council show there is an uptake of just 84% for the second Measles, Mumps and Rubella (MMR) jab, meaning that over 400 five year olds across the city have not received this important vaccination.

So with no time to lose, our trusty family took to the buses with this eye-catching ‘exploding streetliner’ advertisement – a unique format that allows our heroes to ‘explode’ out of the ad onto the window above. They’ve also put in an appearance on billboards, phone boxes and bus shelters across the city. 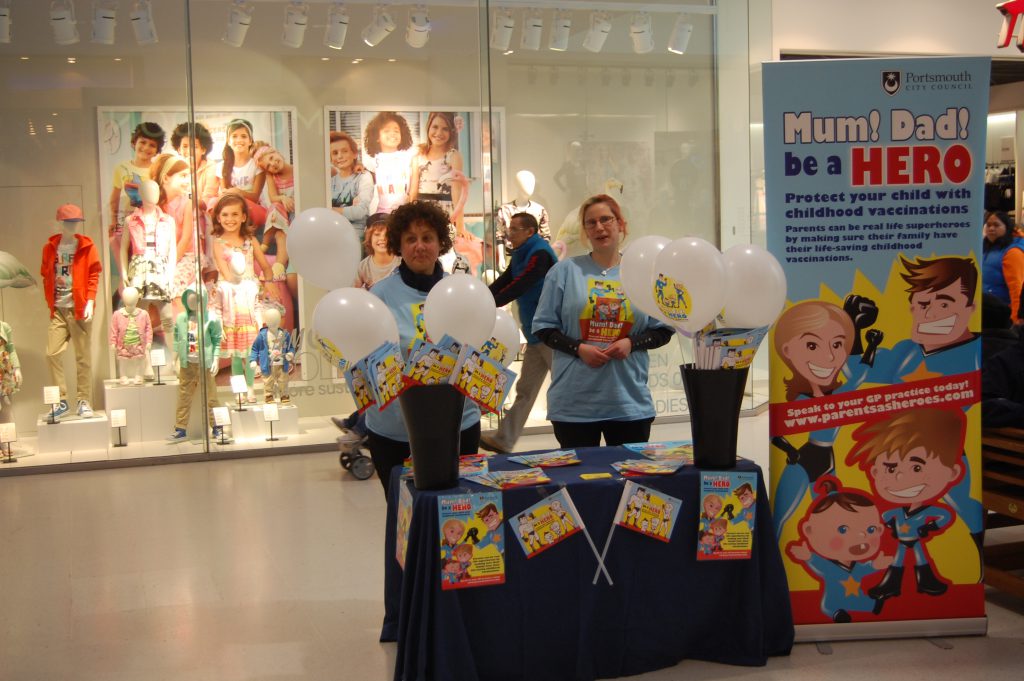 The Parents as Heroes street team

As part of the campaign to raise awareness of the importance of keeping children fully immunised, a street team supported by our caped crusaders were at various shopping locations across Portsmouth handing out balloons and doodleflags to children, and information leaflets to their parents. And council chiefs have positioned six foot high cardboard cut-outs of the characters at key locations across the city. 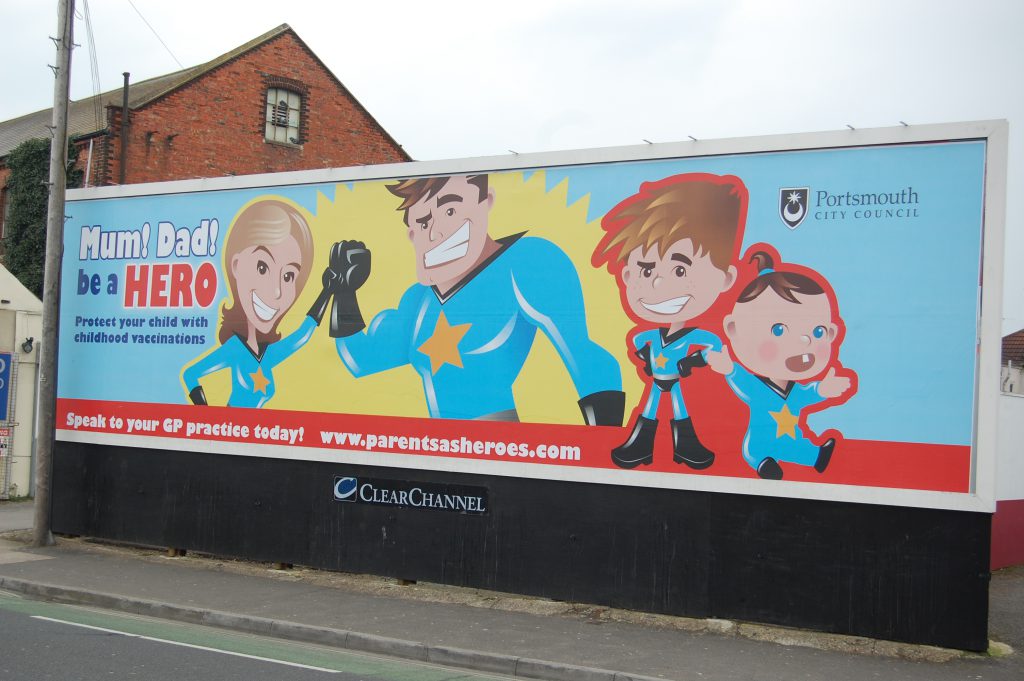 One of several Parents as Heroes billboards

Committed to winning the fight against preventable illnesses, our heroes will not rest until the children of Portsmouth can sleep safely in their beds, protected from the evils of measles.
Read more about the campaign at the Portsmouth City Council website.