A very big prize in a world of miniatures

in Fun and Games 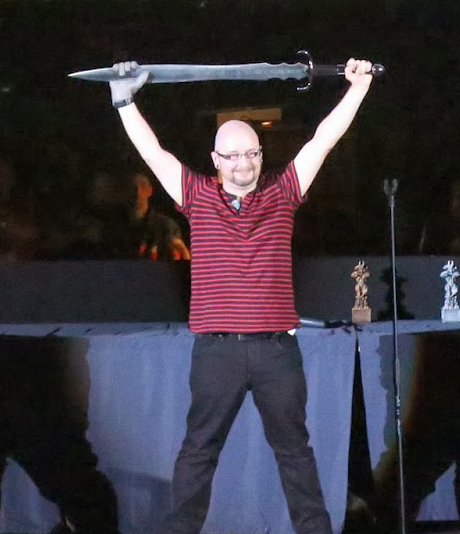 There are not too many awards ceremonies that end with the winner holding aloft a Slayer Sword. But that is precisely the honour which befell our very own David Soper after winning the world’s most prestigious miniature painting title.

It was at last week’s Golden Demon Miniature painting competition at the National Indoor Arena in Birmingham as part of Games Day UK, the biggest event of the Fantasy and Sci-Fi war-gaming calendar.

Attracting an international mix of amateur and professional miniature painters, the Golden Demon is the premier competition of its kind in the world. And amongst the hundreds of hopeful entrants was NHS Creative’s David Soper.

David has been painting and converting miniatures since his school days and in 1990 he won the coveted Slayer Sword for ‘Best in Show’ at that year’s Golden Demons. Since then, David dropped out of the hobby, concentrating his artistic talents instead on his day job as a Graphic Designer for NHS Creative. Many a service leaflet and campaign poster has benefited from his finely crafted illustrations, where his main tool is a mouse rather than a paintbrush.

However, over the past couple of years David has re-discovered his enthusiasm for miniature painting, and it wasn’t long before he set his sights on a return to the Golden Demons. So back in the Birmingham Arena after a 23 year absence, and the tension was mounting. The crowd swelled as hundreds of miniatures were taken out of their cabinets for the judging to begin.

By lunchtime all three of the models David had entered were finalists in their respective categories. Through the afternoon the judges turned their attention to picking a Gold, Silver and Bronze for each category. From the twelve gold-winning entries they would then pick the ‘Best in Show’, to be awarded the Slayer Sword.

The ceremony reached its climax with the eagerly anticipated presentation of the Sword. Twenty three years after his initial triumph, David was called on stage once more to lift the world’s most prestigious miniature painting title. 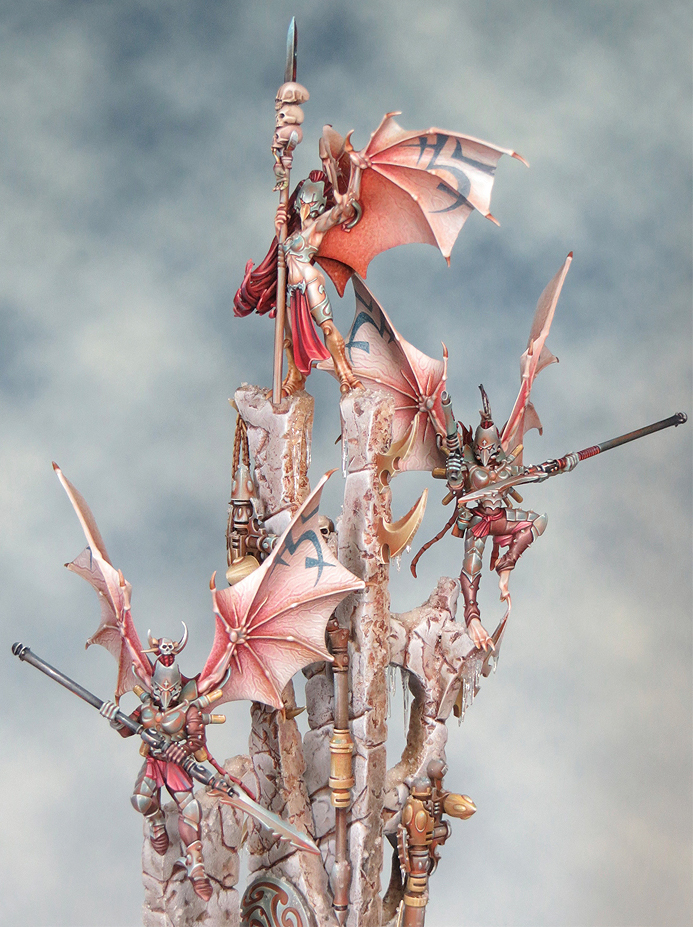 You can find out more about David’s hobby by reading his blog, Sproket’s Small World.