Is this the race that can’t ever be won? 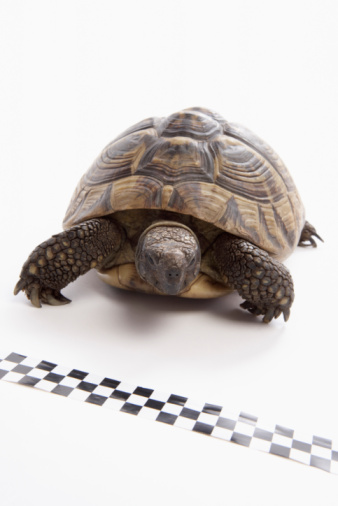 Watching Mo Farah in his debut appearance at the 2014 London Marathon got me thinking about long distance races and the spectacle of the human struggle to complete them.

The London Marathon, and the sport of marathon-running in general, is perhaps a symbol of the indefatigable nature of the human spirit – the application of hard work and perseverance leading to the triumph of good old-fashioned toil over the obstacle of a mere distance of 26.2 miles.

A vivid illustration of this can be seen in the exploits of Lloyd Scott, a charity fundraiser who completed the 2002 London Marathon wearing a 120lb antique diving suit. He was the slowest person to ever complete the course – eventually crossing the finishing line after five days, eight hours, 29 minutes and 46 seconds, but achieving his goal and raising over £100,000 for charity in the process. 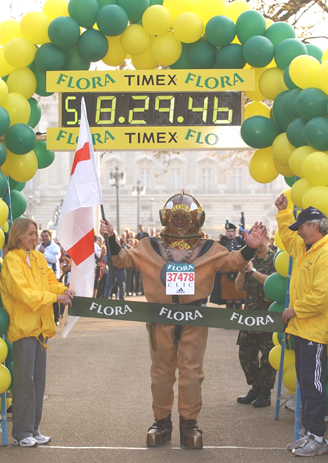 It is this scenario which makes me think of a comparable situation in the NHS, and the long journey still faced by many trusts as they travel slowly through the foundation trust application process.

It was originally decreed that all NHS trusts should become foundation trusts by 2008. When this milestone passed, the Coalition Government revised the deadline to 01 April 2014. And here we are in mid-April 2014, with another deadline having quietly slipped by, and 40% of NHS providers are still not foundation trusts – a position that has hardly changed from 2011, when according to The King’s Fund the figure was at 45%.

This suggests to me that for many organisations, the finishing line is not even in sight. Common obstacles to the achievement of this benchmark include (as acknowledged by Monitor):

Like an antique diving suit, these are heavy handicaps – and challenges that will significantly hamper the progress of even the most willing participant. Even the fittest and most able competitors would not be able to win the race if forced to compete in what is effectively a socio-demographic strait jacket.

Survival of the fittest is a popular phrase for describing market economics, where the rationale follows that those who are not fighting fit should be allowed to fall by the wayside. Trusts unable for whatever reason to cross this particular finishing line open themselves up to the risk of merger, takeover, and even ultimately closure.

And yet the NHS was not set up to serve the fittest people in society. One of the consequences behind its founding principle to serve all, is that the poorest, most deprived areas of society will require the greatest levels of financial support to do this. It’s difficult to make everyone compete on an even playing field, and it can be problematic to pull an artificial finishing line across a set of outcomes in the name of reform.

It would appear that so many NHS trusts are falling short of the required gold standard, and I wonder if these organisations will ever reach the Promised Land of foundation trust accreditation in their current form. And even if they do one day cross this arbitrary finishing line, there are no guarantees that the grass will be any greener on the other side. One thing is for sure though – something will have to give, and pretty soon.

Meanwhile, I’ll be watching on as an interested observer. 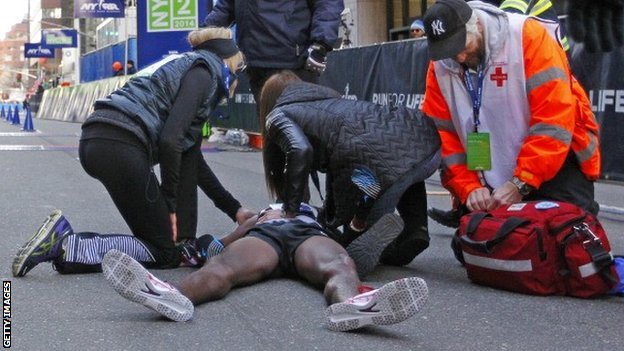 The unusual sight of Mo Farah at the finishing line of the New York half marathon requiring medical attention.