Coming to a high street near you? 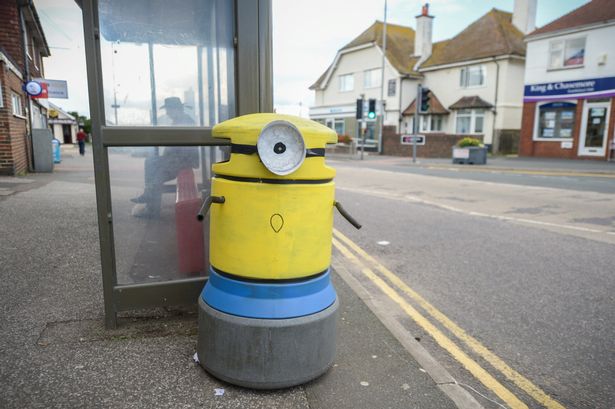 Not content with dominating the shelves inside supermarkets over the summer, the Minions are taking over the high street as well in one quiet town in Sussex.

Residents of Peacehaven woke up one morning last week to find bins across the town transformed into ‘Binions’. It was the mischievious work of an unknown vandal, and prompted much interest in the national tabloids.

Even the local mayor, Wayne Botting, was on hand for a soundbite:

“They’re fantastic. Someone has been very creative with the bins and put a bit of joy into the community. Let’s call it creative vandalism – a bit of a Banksy moment. My favourite is Dave.” 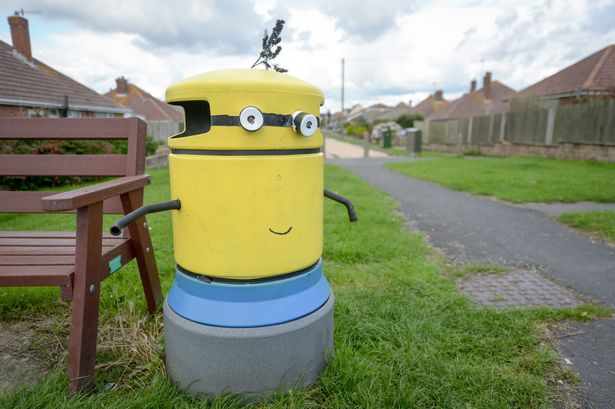 Meanwhile a spokeswoman for Lewes District Council, who manage the bins, said:

“Anything that encourages people to use the litter bins provided is a good thing.”

It’s a rare occasion that something which is essentially an act of vandalism should get such a ringing endorsement from the local authorities. Which makes me wonder – rather than being a random act of opportunism by a private individual, could this actually be considered a really clever piece of social marketing by the local council to increase the profile of its bins and reduce the impact of littering?

I’m not usually one for conspiracy theories, but as the people of Peacehaven pose for selfies in front of their local bin, how else could the council get such a mundane subject as bins to trend across social media and appear in the national press?

And whilst much is made in the media about the decline of our high streets, they are becoming an increasingly fertile battleground for marketers. The Rugby World Cup is the third largest sporting event after the Olympic Games and the World Cup. On the eve of it being hosted by England and Wales, virtually every billboard, bus shelter and phone box in the country is in full use, with advertising space being reserved many months ago.

But 2D outdoor advertising is surely old hat these days (even on digital screens) and the campaigns to attract my attention in recent years have been the ones that work across three dimensions. Here are some examples: 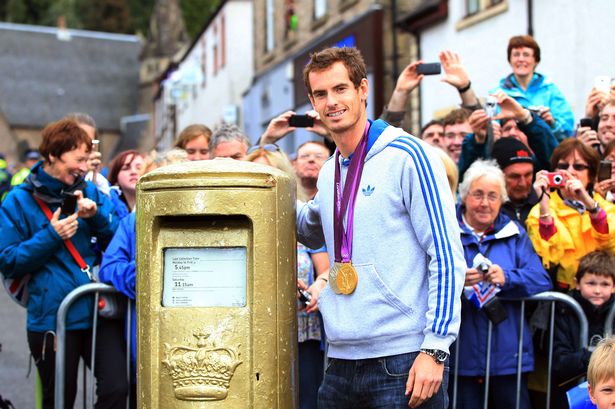 By painting post boxes gold, the Royal Mail was able to harness the feel good factor of the London 2012 Olympics. 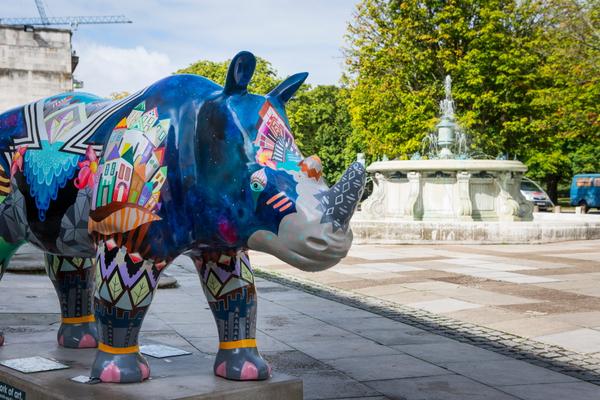 The herd of rhino sculptures across Southampton organised by Marwell Wildlife in 2013 was seen by over 250,000 people. 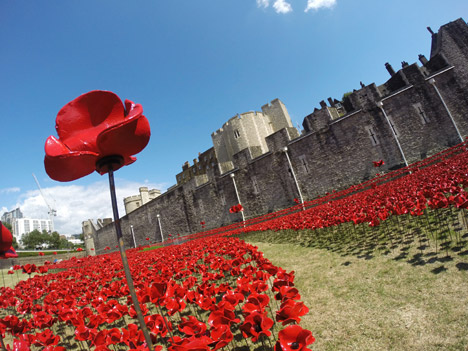 Meanwhile, the Tower of London art installation to mark the centenary of the outbreak of WW1 really caught the public imagination.

It’s interesting that at the same time as so much marketing activity migrates online, there’s still a great joy to be felt in physical interaction with a product. Having witnessed the clamour to ‘own a poppy’, ‘sit on one of the rhinos’ or ‘photograph yourself next to a golden postbox’, there seems to be no substitute for a focal point in any advertising or social marketing campaign.

So let me finish with this excellent example of street art where the focal point is no more than the pavement in front of you: