Which of the following professions is NOT classified as a shortage occupation*?

Answer: D – Nurse (* prior to last Friday’s announcement)
We may live in a country that consumes a wide variety of culture – from national ballet and classical concerts, to online computer gaming – but not many people would say this should be at the expense of the nation’s healthcare services.
Under immigration rules up until last week, nursing did not appear on the list of shortage occupations recognised by the Home Office. This meant that in an imaginary queue at an immigration control desk (and what a line-up this would be) – a ballet dancer, a classically trained musician and a computer game programmer from outside of Europe would all have their visa applications fast-tracked ahead of one from a non-European nurse.

“Ballet dancers are fine – we need them, but make sure you don’t let any nurses through!”

That’s despite an estimate by the Royal College of Nursing of at least 20,000 vacant nursing posts in the UK.
Fortunately, on Friday 15 October it was announced by the Home Office that nursing will be added to the Government’s shortage occupation list – on an interim basis only, and pending further work by the independent Migration Advisory Committee. The move comes just one week after a telling intervention into the debate by Simon Stevens, Chief Executive of NHS England, who said:

“Most nurses I speak to struggle to understand why our immigration rules define ballet dancers as a shortage occupation but not nursing.”

On hearing the announcement by the Home Office, Janet Davies, chief executive and general secretary of the Royal College of Nursing, said:

“This reversal is a real victory for nurses, the health service and most of all patients… It is an irrefutable fact that rising demand for health care, a shortage of home grown nurses, and new rules limiting the use of agency staff mean the NHS is reliant on overseas recruitment to provide safe patient care.”

Foreign nurses and medical professionals in general have underpinned the provision of NHS services for many years. The NHS has an incredibly diverse workforce, as demonstrated by one of our clients Royal Free London NHS Foundation Trust, which employs a total of 10,000 staff made up of over 100 different nationalities.
Our own host organisation Isle of Wight NHS Trust employed over 70 nurses from the Philippines back in 2002, and 13 years on they have become an important fabric of everyday hospital life. 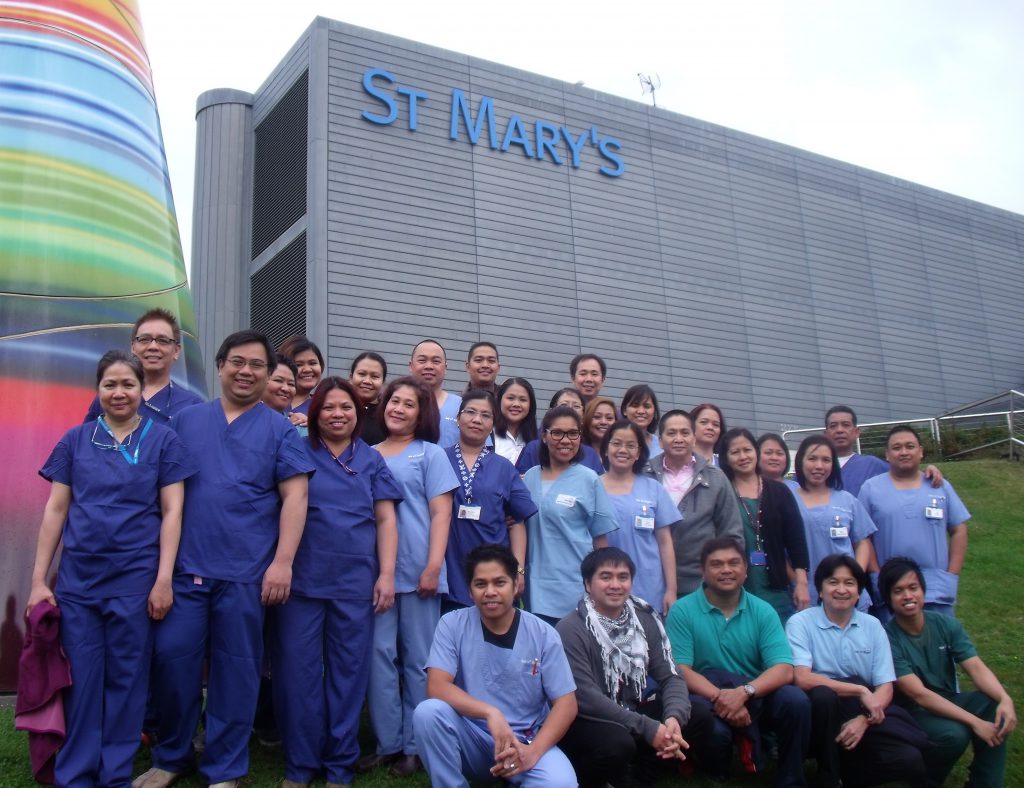 Filipino staff employed by Isle of Wight NHS Trust since 2002

At an event back in 2012 that marked a decade of dedicated service by Filipino nurses on the Island, their contribution was recognised by Carol Alstrom, then Chief Nurse and Director of Infection Control, who said:

“At a time when the NHS needed qualified nurses to help reduce waiting lists, just over 70 Filipino nurses were recruited to the Island’s NHS. Since then they have made a substantial contribution to the Island’s healthcare, both in the NHS and elsewhere. Their contribution is as important now as it was ten years ago.”

The Philippines is a country that trains many more nurses than it needs for its own domestic health service, and having an established Filipino community on the Island has made it easier to recruit further nurses from the Philippines. As a result of the current nurse shortages, a further 12 Filipino nurses arrived on the Isle of Wight this month, along with their necessary visas.
Of course, any recruitment from overseas markets brings its own ethical dilemmas, and is only ever going to provide a sticking plaster to the real problem. So perhaps the most important announcement of all was by Health Secretary Jeremy Hunt:

“We are recruiting more homegrown nurses than ever to deliver a truly seven-day NHS. There are already more than 8,000 additional nurses on our wards since 2010 and we are investing in our future workforce with a record 50,000 nurses currently in training.”

That’s a potential staffing resource that would make even the Royal Ballet School go weak at the knees! 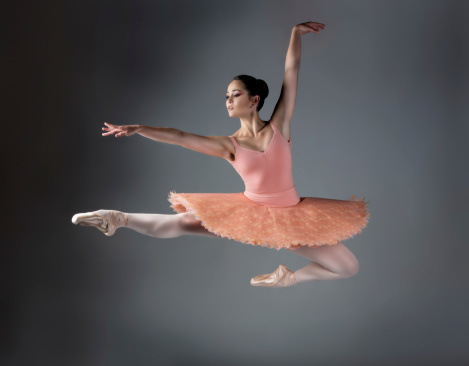 Ballet dancer or clinical nurse specialist: which profession do you think offers the greatest contribution to our society?