It all started with a pencil, some paper…and an idea

in In progress, Recent work

One of the more interesting and challenging briefs I’ve had at NHS Creative has been to create an informational film promoting the need for a medicine review for anyone taking multiple medications.

In this digital world of short attention spans and instant results, we knew we needed a solution that would grab the viewer’s attention instantly: entertain, amuse and – most importantly – inform. If we could do the first three things, then I knew we could do the fourth. Did I mention this all has to happen in less than three minutes?

For any such project to be a success, it must be underpinned by a solid idea. For this one, that idea centred around our main protagonist… 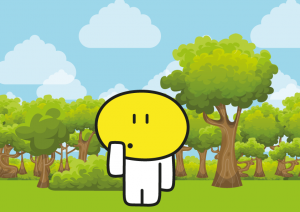 Meet Mo. A simple figure – deliberately ageless, sexless, of no fixed religion or race, but with one thing in common with many people who may identify with him: Mo is surrounded by unruly medications that control his life.

Working closely with our client Wessex Academic Health Science Network to develop their concept, we evolved the characters further to pitch initial visuals to the team. We received a really positive response, and this lead to the creation of a first draft script with colleague Steve Hubbard collaborating with the AHSN’s Medicines Optimisation team. Armed with this, I was able to create a storyboard. Pencil and paper were the order of the day, for now. 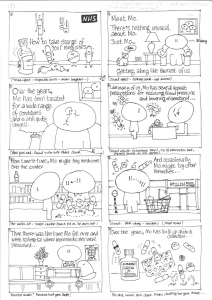 A storyboard really is an essential tool. Done correctly, it summarises the whole project, focuses the mind and stops things being made up as you go along. That forced me to be realistic and disciplined, although there were a few things I’d included in the storyboard that I knew were going to be challenging to animate. No pressure then.

From the pencilled storyboard, there are lots of ways of realising sketches into final animations, but my tool of choice was Adobe Illustrator. Mo is, by nature, a simple and clean character, and the lucky fellow lives in a simple and clean world. His only real worry is the list of medications he has to deal with! 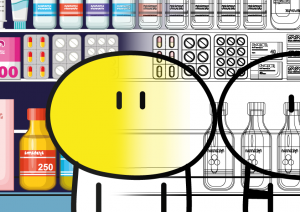 Using the storyboard, I set about using Illustrator to create Mo’s world, scene by scene, and then imported this into Adobe After Effects, so that I could start to bring Mo’s world to life. 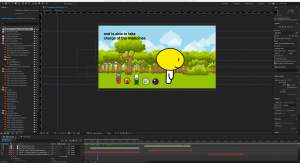 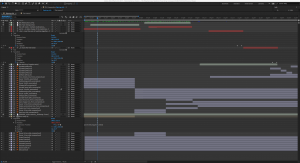 Like the theatre, there’s a stage, a backdrop, and actors who come onto the stage, do their thing and leave. There are also sound effects and special effects. The film is narrated, and there are also subtitles (it has to work equally well without any sound); in short – the story is told.

There’s also the pace of the story to keep close tabs on. In real life, seconds are momentary, but in Mo’s world they can be a lifetime. A few thousandths of a second can have the film stalling, or galloping forward too quickly, so good timing is essential. This is dictated by the narrated script, so to help me pace the film, I recorded a rough voiceover myself as a guide. 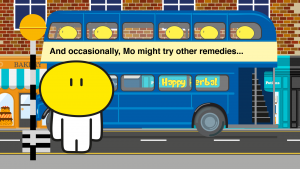 I edited together the finished scenes, timings tweaked, reviewed and tweaked again. Eventually, I had a completed cut that would be very close to the finished job and enough for the client to set before focus groups.

And then it’s a simple case of holding your breath, pressing the ‘send’ button, and seeing what the client and the client’s focus groups have to say about it. So far the feedback has been extremely positive, and we’re looking to launch the final film in the very near future, once final revisions and edits are complete.
So watch this space for the final results…coming soon (we hope!)