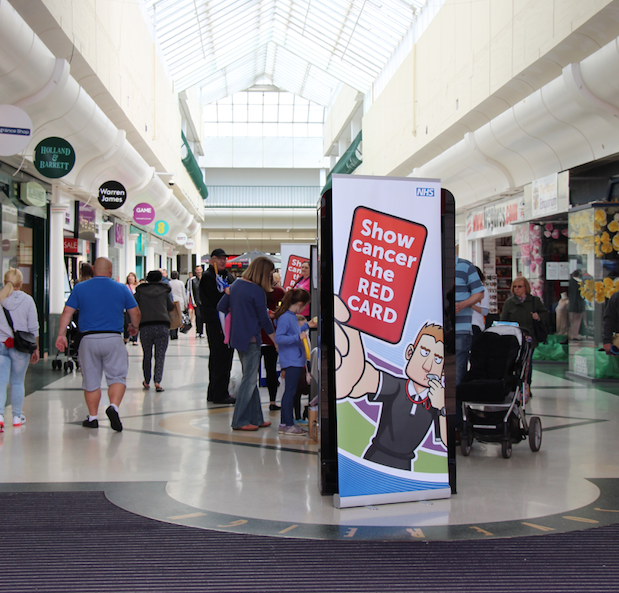 It wasn’t shown for anti-social behaviour or for a professional foul. Instead it was a large graphic device designed by NHS Creative as part of a campaign to ‘Show cancer the red card’.

The graphics were used at an event in Boscombe Shopping Centre to raise awareness of cancer symptoms and the importance of accepting screening invitations. The football connection included a prize draw to win a signed AFC Bournemouth football shirt, and the prizes were drawn by Jeff Mostyn, AFC Bournemouth chairman.

“The vision of the event was to raise awareness of the signs and symptoms of cancer, to encourage early diagnosis, and to help people understand the message that making healthy lifestyle choices can actually prevent many cancers from developing.”

Four in 10 cancers are preventable through lifestyle change, with the main risk factors including smoking, weight and diet, alcohol consumption, lack of physical activity and sun exposure. Inspired by the involvement of AFC Bournemouth, we created our very own ‘man in the middle’, and the distinctive campaign graphics were posted widely across social media to promote the event, as well as on flyers and some rather fetching T-shirts.

“It was a great event to not only engage with the public, but for different health organisations to network. We engaged with over 300 people throughout the day, with many people pledging to be more active, eat healthier and be more observant of their body. It was a great success, and we hope to be able to roll out future events using the same graphic and style.” 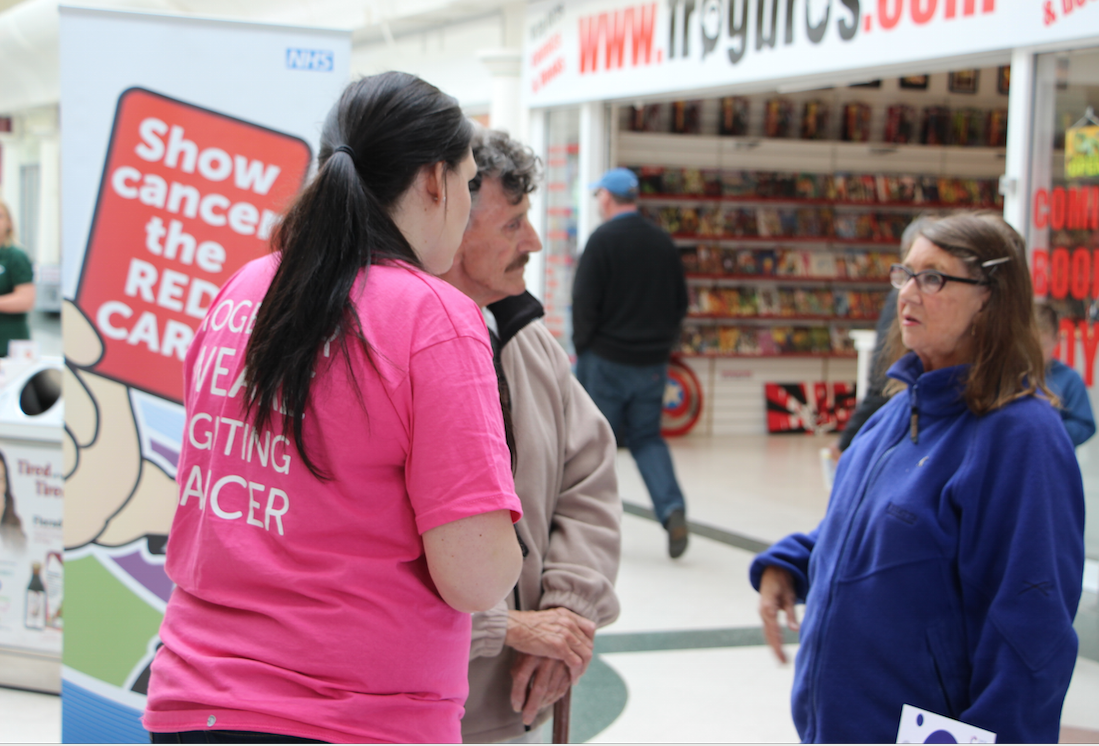 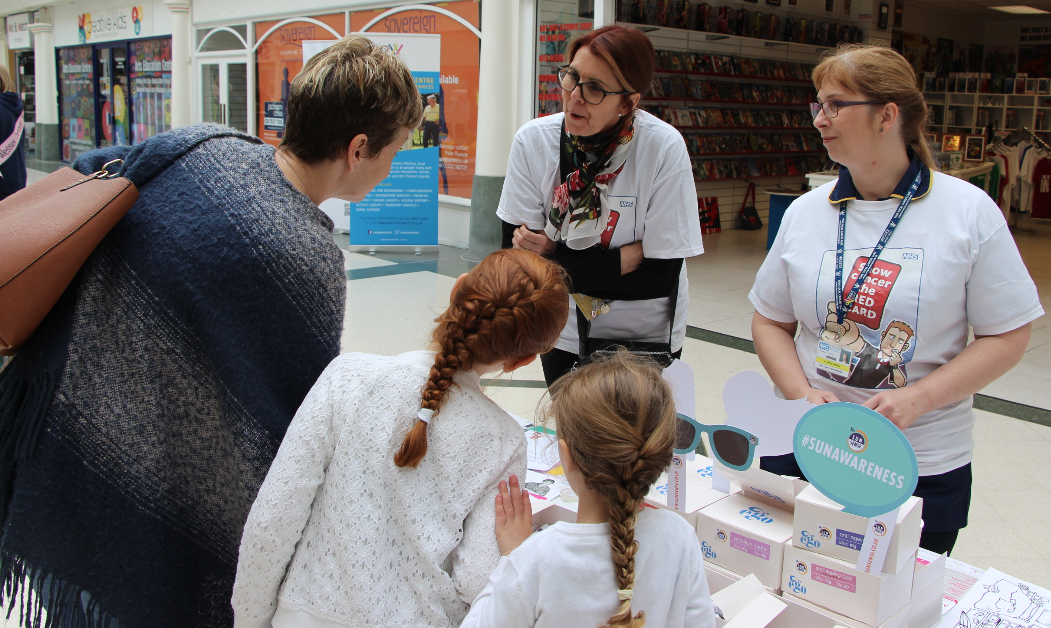 How the event was promoted online