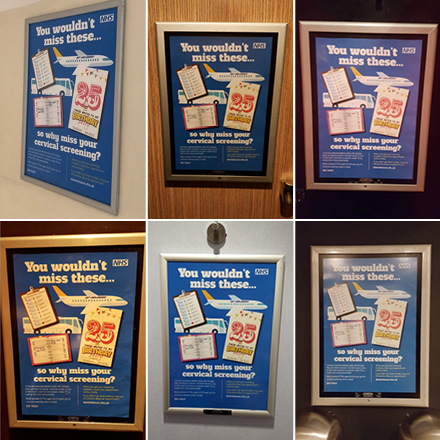 …perhaps not the most obvious objects to associate with promoting the uptake of cervical screening appointments.

But it’s all part of a campaign we’ve developed for NHS England Wessex following input from a series of focus groups with females from across several key target locations. The creative illustrates a number of important invitations, from attending a job interview to going to a birthday party, and ends with an invite to a cervical screening appointment. You can view the full poster here.

The posters are now on display in female washrooms at shopping centres, bars and nightclubs in key locations across Southampton, Portsmouth and Bournemouth. A series of audio ads are also running across digital streaming sites, specifically targeting females up to the age of 40 who live across Wessex.

To support the campaign a dedicated website has been created – also built by NHS Creative, giving further information on cervical screening but also on other forms of healthcare screening as well. Take a look for yourself at: dontmissout.nhs.uk

The campaign aims to reverse the trend in declining cervical screening uptake rates, which is the case not only in Wessex but also nationally. The current screening coverage in Wessex is 73.5%, against a target of 80%. Females aged 25-29 have the lowest uptake levels. 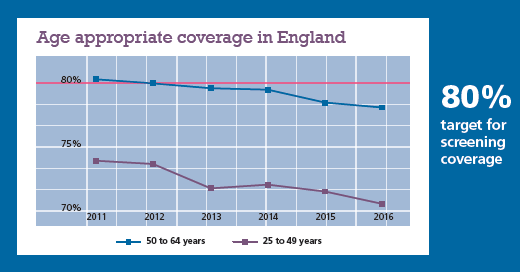 “But there’s still much more that can be done. Cervical cancer remains the most common cancer in women under 35. Having regular cervical screening offers the best protection against developing cervical cancer. Regular screening means that any changes can be spotted and treated early. Early treatment is very effective at preventing cancer developing.

“So when an invitation letter arrives, we urge you to ensure that you attend your cervical screening appointment. Don’t miss out!” 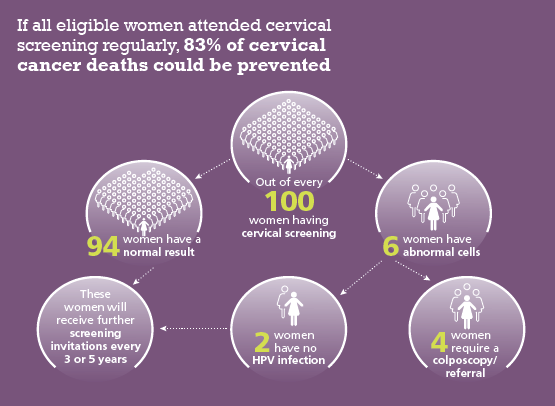 The campaign has been timed to coincide with a national push to raise the profile of the importance of cervical screening, and early indicators show a huge increase in samples coming through to the HPV testing laboratories. Let’s hope the trend continues.

Do you think you might be due for a screening? Find out more about cervical, or any other form of healthcare screening, here. And to follow the roll-out of the cervical screening incentive scheme across Wessex, download the project poster here (also produced by NHS Creative).