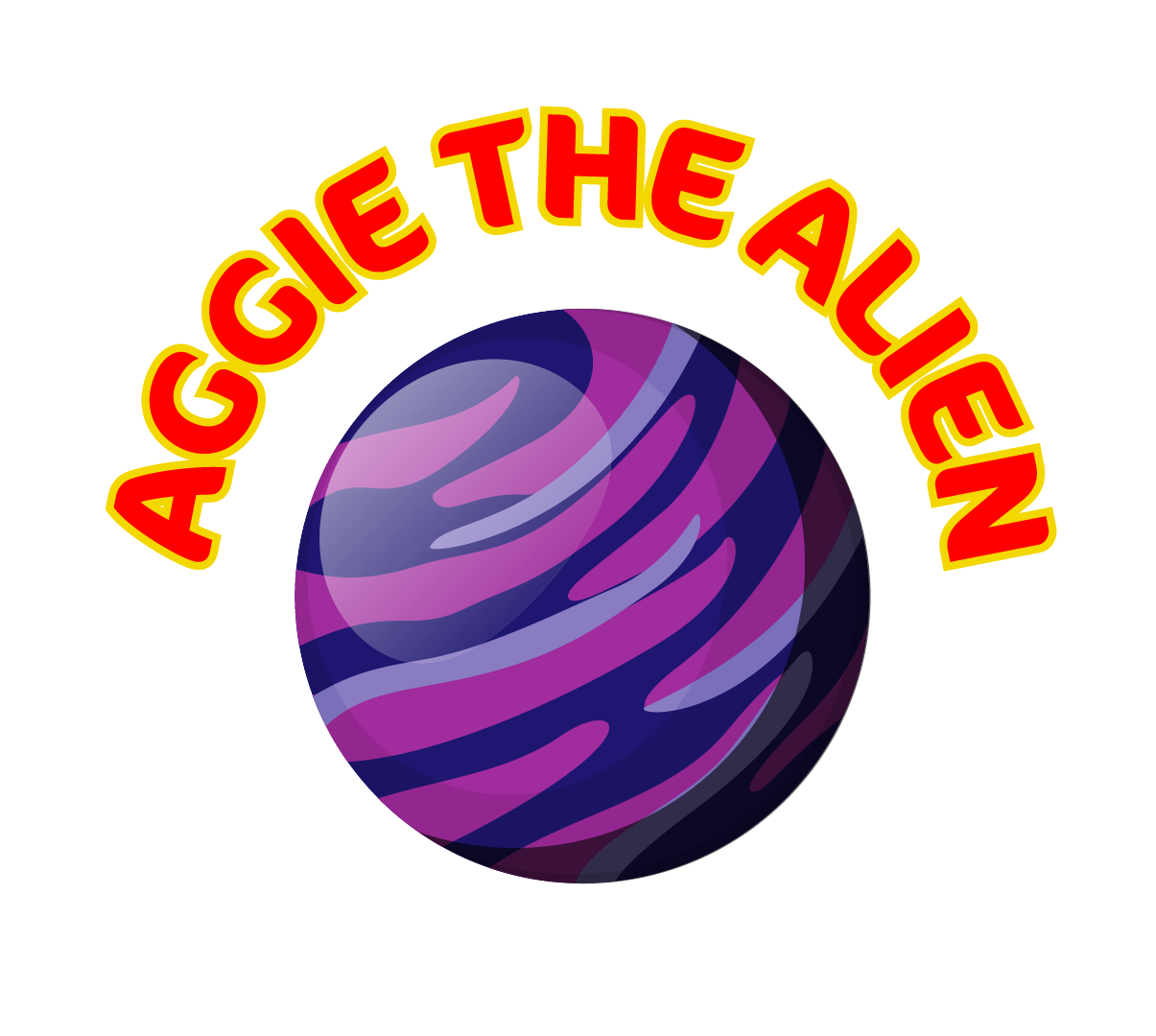 Aggie The Alien (with a dash of Brian Blessed)

Children’s voices. Space, planets and spaceships. It wasn’t without a little trepidation that I started work on Aggie the Alien, our latest animation for NHS Hillingdon Clinical Commissioning Group, not least because I’d never lip-synched an animation before – and there wasn’t going to be a lot of time to learn. On top of this, the script featured three children – we were never going to get away with just using comedy voices here.

I wasn’t coming to this cold though – we had already created the Aggie character, courtesy of my esteemed colleague and designer Julian Walton (you can read more about that here). Julian’s from Somerset and I’m a Yorkshireman – you’d never have thought that a Cheddar and a Yorkie would collaborate so well, despite the fact that Yorkshire clearly have the superior cricketing skills.

The first step (literally) was to get hold of Aggie and bring her to life by making her walk. This worked reasonably well and this first animation made it to the final cut – see if you can spot it. 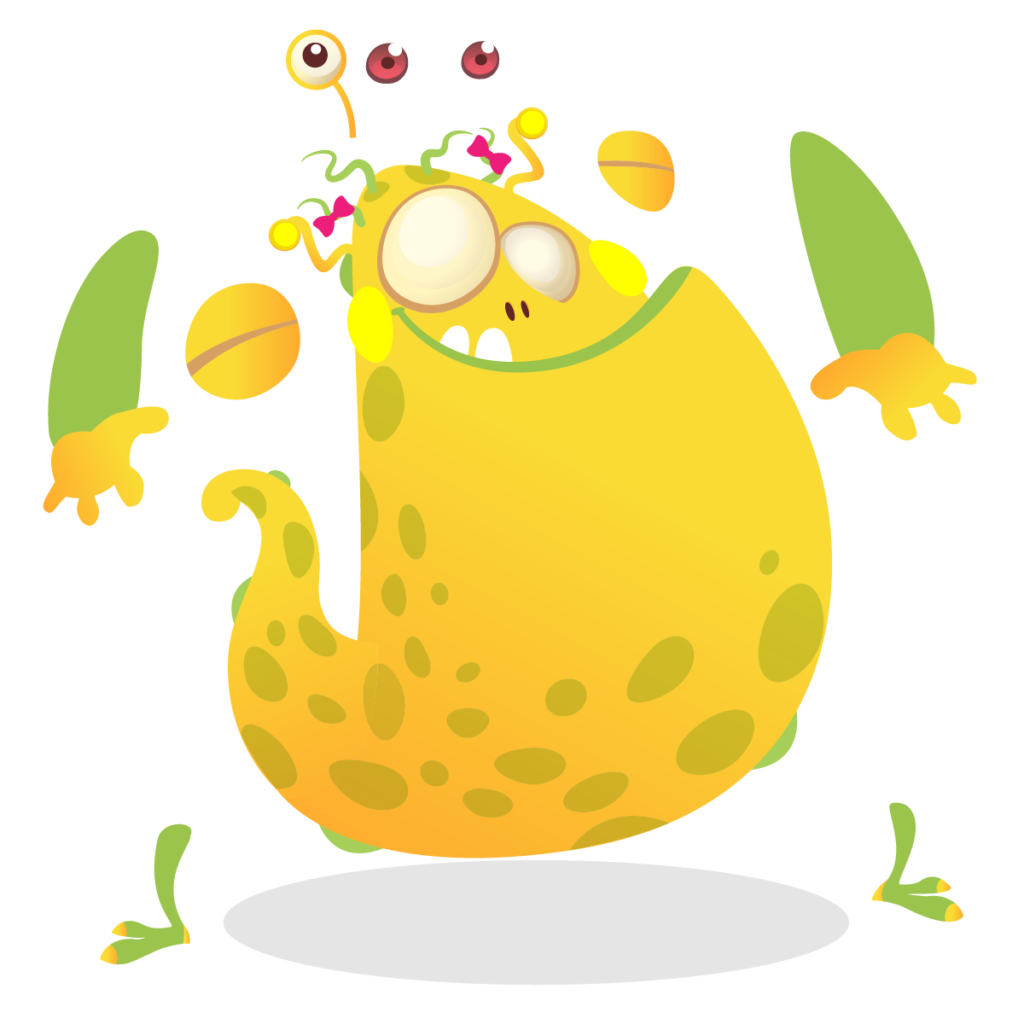 The second hurdle to get over was, as I mentioned at the start, the children’s voices. My daughter, Isobel, 15, is a keen thespian and a perfect candidate – and she did such a good job that we ended up using her for the parts of all three children in the film – I figured in the end we’d use some judicious processing to make each part sound like a different child.

And who better to play the voice of Aggie than my very own wife Tracy? But how do you ask your wife to voice the part of an alien? One quiet Friday evening I carefully broached the subject: “Erm, Trace – have you got a minute…”

Fortunately the request was well received and about an hour later we had Aggie in the can. This left the voice of the King of Gupply. Now, I don’t normally let this be well known around these parts, but I can do a fair impression of Brian Blessed. I thought, why not? I tried a little ‘Brian’ – but on playback it sounded awful. So, I tempered it and kind of ‘half did a Brian’. Speeded up on playback, surprisingly, it sounded just right. I was well on my way now (and thanks for the inspiration Brian, if you’re reading this).

All I had to do now was lip-synch the voices to the characters. The King of Gupply was actually quite easy. Because he’s not human, he doesn’t need an accurate synch, just a mouth that opens and closes – and the same went for Aggie. The kids, though, were a different matter. They had to look right when they spoke. I wasn’t sure how to do this, and it was time for a little research. 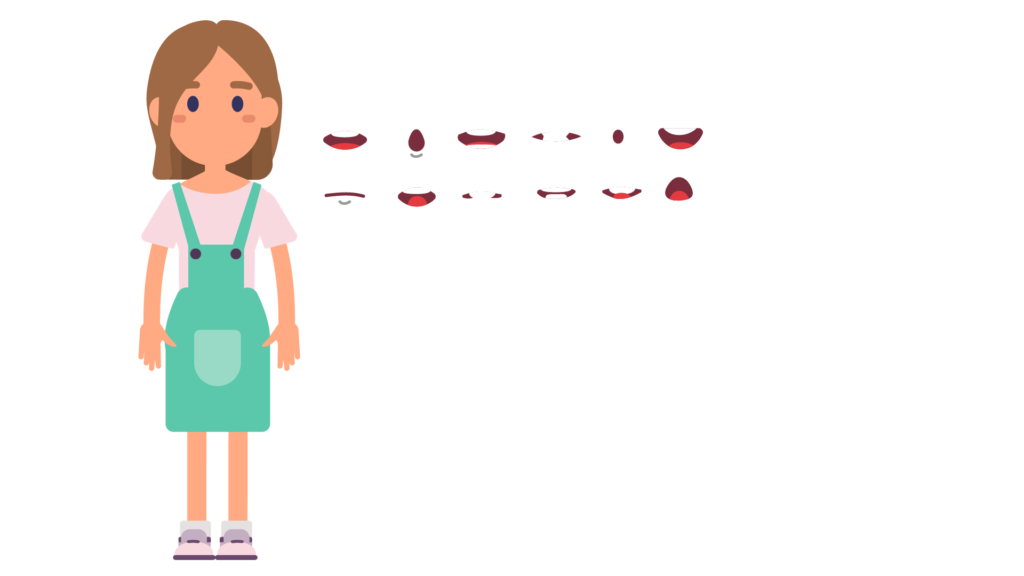 Lip-synch at its most basic level does take a long time, but it isn’t that hard to grasp. You have a face, plus lots of different ‘mouths’ for each sound -‘aa’, ‘ee’, ‘ch’, ’t’ etc. The hard bit is playing back the audio track at slow speed and adding the right ‘mouth’ at exactly the right time. The first speech of Isobel’s has 46 ‘mouths’ in around three seconds of footage, so it’s a fair amount of work but incredibly rewarding to see the character magically come to life on playback. And I learnt a new skill in the process. That’s the great thing about the sort of work I do – there’s always new stuff to learn. 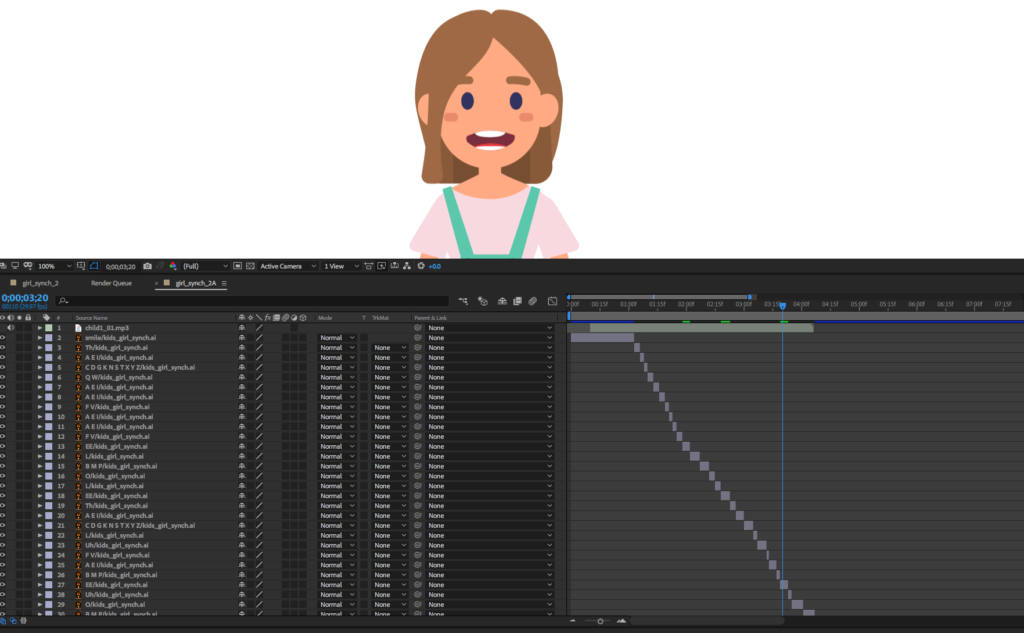 One thing I never saw myself doing when at art college was sound processing. All the voices were recorded using a condenser microphone, via a Focusrite Scarlett interface into Logic Pro X. From there, I took the voice tracks into Adobe Audition where they were pitched, sped up or slowed down as necessary. Although the film has subtitles, this is an animation at its best when the sound is turned on.

So, with the biggest hurdle tackled, there was the usual pacing to get right. This is one of those things that, when it’s right, you won’t notice. If it’s out or wrong, the feeling is a bit like watching an actor forget his lines, or a comedian dying on stage – cringeworthy and basically awful. And it only has to be ‘out’ by a millisecond to be noticed.

Each scene is built in Adobe After Effects and then added in a modular fashion to Adobe Premiere Pro. At this point I add the music and tweak the levels and timings, send the previews to the client and tackle any small changes they might want to make (any major issues will have been ironed out at script stage).

Eventually, I found myself with a complete film. I have to admit, I’m very pleased with the result, and even more so because the client is too. And now it’s time to give us your verdict…