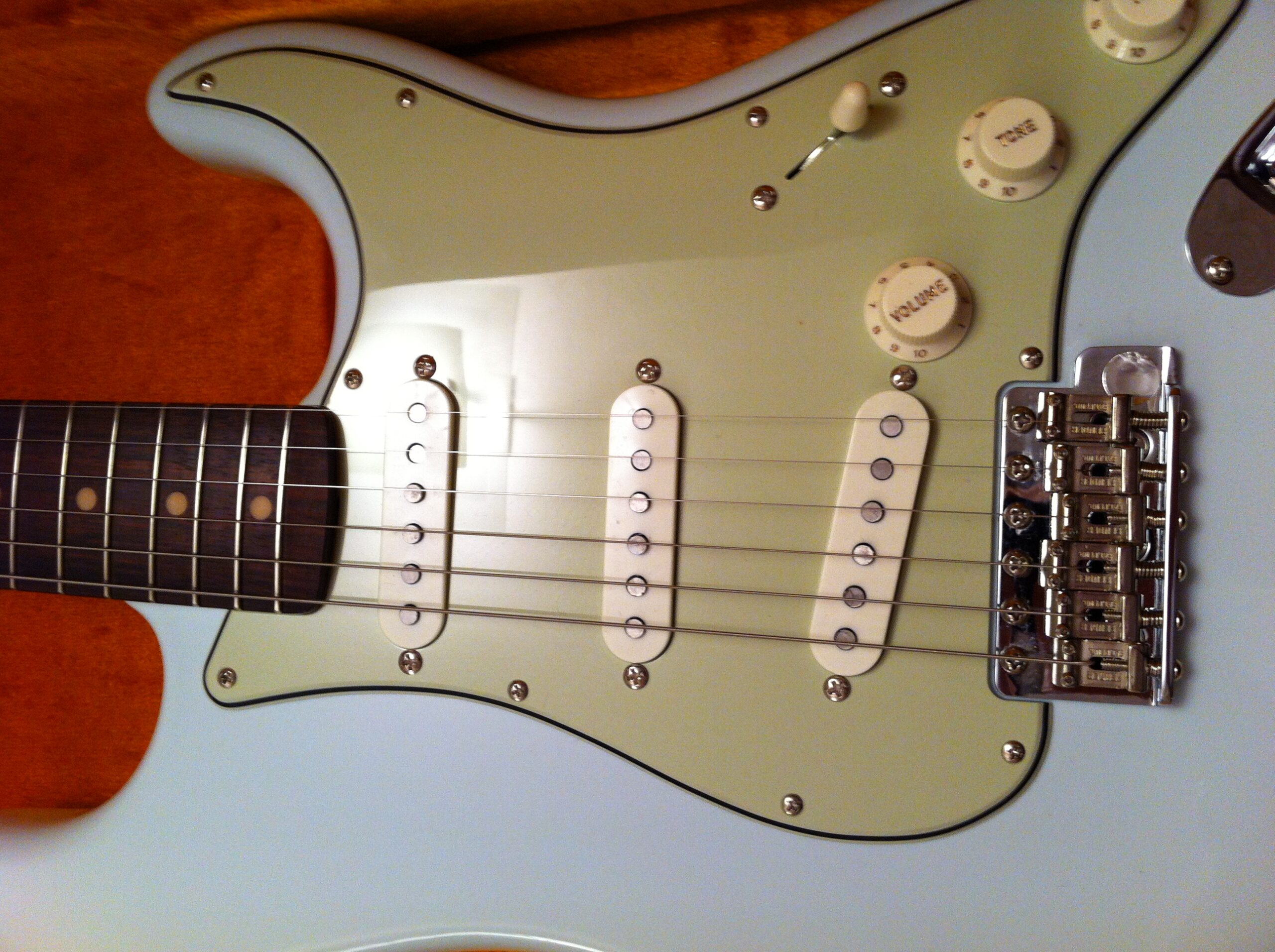 If music be the food of design…

At my school I held the record for the lowest mark ever in a music theory exam and, as far as I know, I still hold it.

So it’s a strange thing indeed that I managed to somehow write, play and produce the soundtrack for our latest animation for Health Education England – the Annual Review of Competency Progression (ARCP) for doctors under training.

Guitars have been a source of fascination to me ever since watching such acts as The Sweet, Slade and of course the epic ‘Bohemian Rhapsody’ by Queen.

Later on, it was the incredibly complex lines of the likes of Johnny Marr and Paul Weller that had me hooked. Great days indeed. I know. I really am that old.

Fast forward through a varied career in design to making animations for the NHS – which started with our three Mo animations in 2016. Music on most animations is quite essential as it tends to tie the piece together and helps it flow, but so far, all the animations I have made have used royalty free music.

At the time of writing, the COVID 19 pandemic has meant that all of us at NHS Creative have been working from home since March 2020 and, I have to say, more successfully than any of us dared to imagine back then. Times of adversity nearly always offer new opportunities and, for me, I soon found them. My work since the pandemic hit us has almost exclusively consisted of animation and it wasn’t long before I wondered – could I, should I, even – make the music for one of movies?

My office. I could do with more guitars – you can never have too many. Seriously.

One evening, playing back the ‘work in progress’ version, I had an unplugged guitar on my knee and noodled a simple phrase as the animation played. It did seem like it could work. 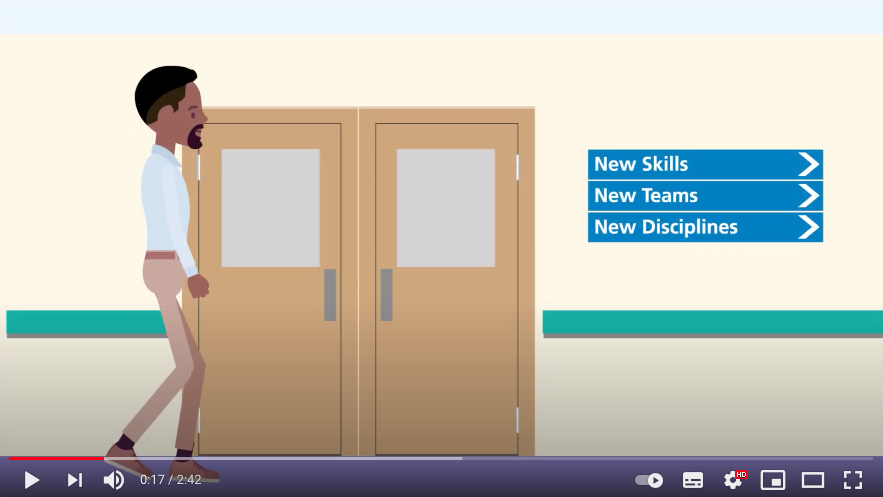 I plugged the guitar in and recorded the phrase into Logic Pro on my Mac. I’ve never really used Logic properly before, but quickly realised I needed the piece to be in a key, have a time signature and to lock into a beat per minute (BPM). I was then able to find a simple tambourine loop to fit those criteria and lay that into a separate track. 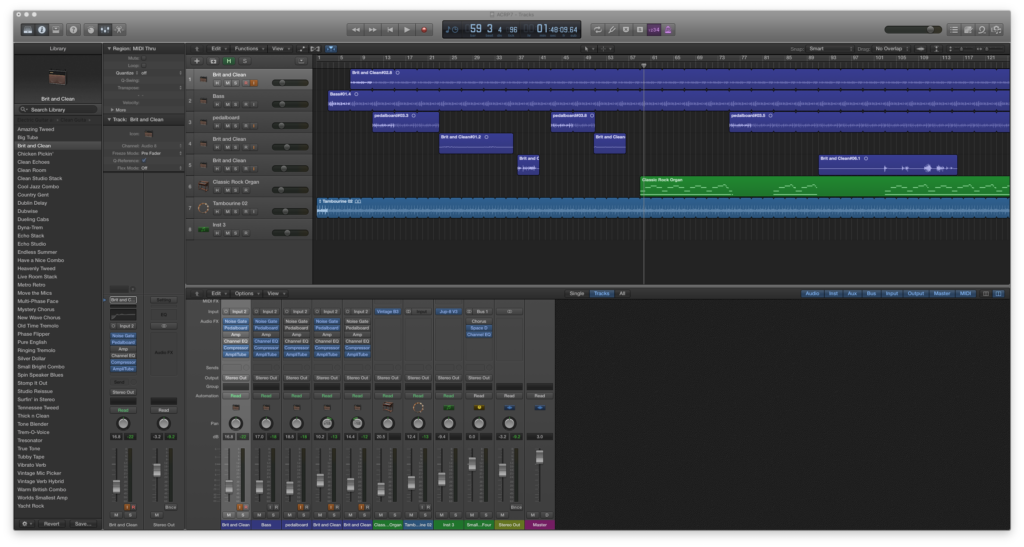 The track as it came together in Logic Pro

I then walked across the landing to my son Tom’s room and after careful negotiations, borrowed his bass guitar and plugged that in to make a simple bass line.

What I’d totally missed in my appallingly bad music exam is that music has structure and logic. When you know the key and can feel the rhythm of a piece and you know the scales that go with that key, you can then solo over the top of it. So I used a pentatonic scale I’d learnt and went for it. If you’re interested, pentatonic scales are found everywhere in popular music. Incidentally, the solo in Pink Floyd’s Another Brick in The Wall is a pentatonic scale, albeit played by Mr. David Gilmour with rather more skill and feeling by than I could ever muster! 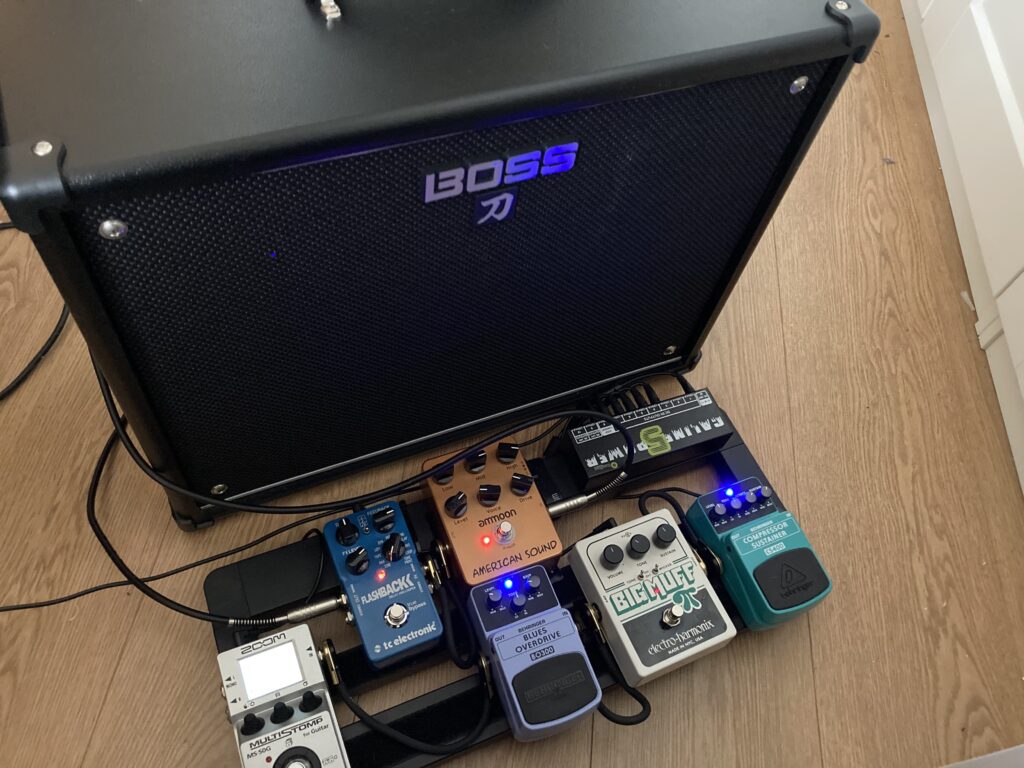 What does this button do then?

It took me a few evenings and a few lessons to myself entitled ‘less is more’ until I had something I was completely happy with. We thought it worked well with the finished animation, but it remained to be seen what the client thought. Happily, they loved it and we had an NHS Creative first: in-house script writing, design and build of the animation, an in-house voiceover….plus the performance and production of a soundtrack!
You can see (and hear) the movie, made for Health Education East of England about the Annual Review of Competency Progression (ARCP) here:

For the ‘gearheads’ the music was created in Logic Pro X, using a Squier Classic Vibe Telecaster, a Fender Stratocaster and a Fender Jazz Bass. Tambourine rhythm is a loop. Keyboard is a software Hammond organ controlled by a Yamaha EX322 on the midi output.