A new breed of superhero hits the social networks 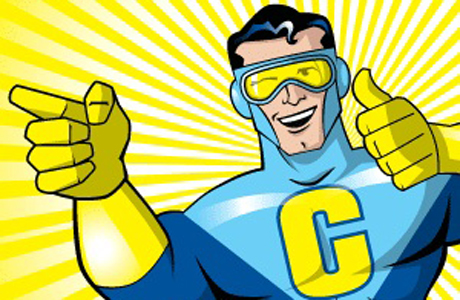 But that’s exactly what’s happening on social media channels across Hampshire as Captain Chlamydia strikes out to win the hearts and minds of young people across the county.

One in 12 people between the ages of 16 and 24 are infected with Chlamydia. The symptoms are invisible and yet if left undetected can lead to infertility. If you are sexually active, the only way to protect yourself is by using condoms and getting tested every year and after every new sexual partner.

Captain Chlamydia has pledged to take up the fight against his nemesis, by raising awareness of how to take the test. His advertisement on Spotify drew 618 clicks to the local NHS postal kit request page in its first month alone. At a rate of 1% per page impression compared to industry averages of 0.3% to 0.4%, it was one of the highest responses to an advertising campaign ever seen on the site. 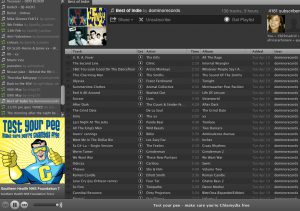 Screenshot of Captain Chlamydia on Spotify

Audio of Captain Chlamydia on Spotify

Our sexual health superhero has also brushed up his appearance on Facebook, with his status of ‘Fictional Character’ and comic book style profile page having gained him 125 likes so far. A recent ad on Facebook also drew a further 810 clicks to the Haveyougotit website.

You can also keep up-to-date with the latest musings of Captain Chlamydia by following him on Twitter, under @capchlamydia. So if you want to join the growing fanbase, follow the action now by joining him on the social network of your choice.

It is the aim of our caped crusader to ensure the young people of Hampshire can sleep safely in their beds, sound in the knowledge they have tested their pee and are Chlamydia-free. And if you do share your bed with someone new, test again, its time for a quick review!

Captain Chlamydia was brought to you in association with the sexual health team of Southern Health NHS Foundation Trust. Always protect yourself.