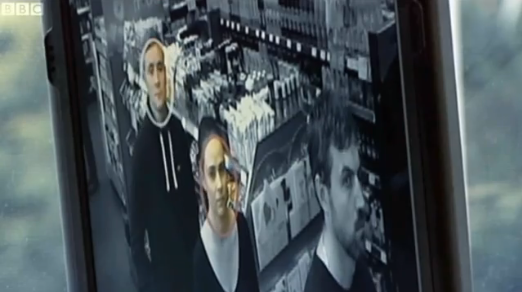 Smile for the advertising screen

Facial recognition software on advertising screens has moved a step closer to being rolled out at a GP surgery or hospital waiting area near you.

And it’s being led by Lord Sugar’s company Amscreen. These digital advertising screens are already ensconced in the waiting areas of 700 healthcare venues across the UK, including GP surgeries, hospitals, pharmacies and dentists. They can also be found at the counters of petrol forecourts and retail outlets as well.

The go ahead has recently been given to upgrade the screens to include an innovative new face detection system. An inbuilt camera behind the advertising screen will be able to detect and record the number of people in the screen’s vicinity, how many people are looking at it whilst your ad is being played, how many are not, and, most clever of all, identify the age and sex of the people who are looking at it.

The results of the detection system can then be fed back to the advertiser instantaneously, to show accurate, minute by minute audience data. And because the screens are digital, this gives the opportunity to revise and improve advertising schedules at any point during the campaign.

This technology has the potential to revolutionise the advertising industry in the provision of accurate performance statistics for off-line advertising media. The value of advertising space across outdoor media could only previously be measured by estimating the volumes of audience flow and calculating the Opportunities To See (OTS). There has always been robust data behind these calculations, but they are only ever estimates of the size of the potential audience, and do not record the performance of individual campaigns.

Only last month I ran some advertising on digital screens on a rival network to Amscreen, and our client asked for a report on the success of the campaign. The only data the company could provide me with was an estimate of how many people attend each GP surgery, multiplied by the number of screens we advertised on. As the advertising was set on a loop, they could not even tell me how many times the ad had been played in each surgery. So what incentive do we have to consider re-advertising on this format?

One way of combating this problem is in the response mechanisms used by the advertiser. We can set up a text service, use a QR code, or review traffic to the campaign website during the advertising period. All of this will detect if people take action as a result of what you are saying, but it will never show the full picture.

Compare this to online advertising, where reports on page impressions and click-through rates come as standard. And some websites offer far more advanced targeting options to ensure you only pay for advertising that reaches your specified target audience. There is a definite need for offline to catch up with online in this important area, and perhaps facial recognition software is the way to do it.

You may well feel that Big Brother is watching, but if your face is captured on an advertising screen camera, it will only ever translate into a performance statistic. You will be a number in a data report that will inform and refine the advertising content that you see on the screens, which will only serve to ultimately make this content more relevant to you.

On average, our faces are already recorded 70 times a day by the 1.85 million CCTV cameras in the UK, so 700 or so more cameras in hospitals and GP surgeries will make little impression on that level of image capture.

Facial recognition software goes to show that to meet the ever present need to justify advertising spend, the level of sophistication in data capture and analysis will only increase in the future. It means that the ability to recognise your target audience and attract and capture their attention has never been in sharper focus.