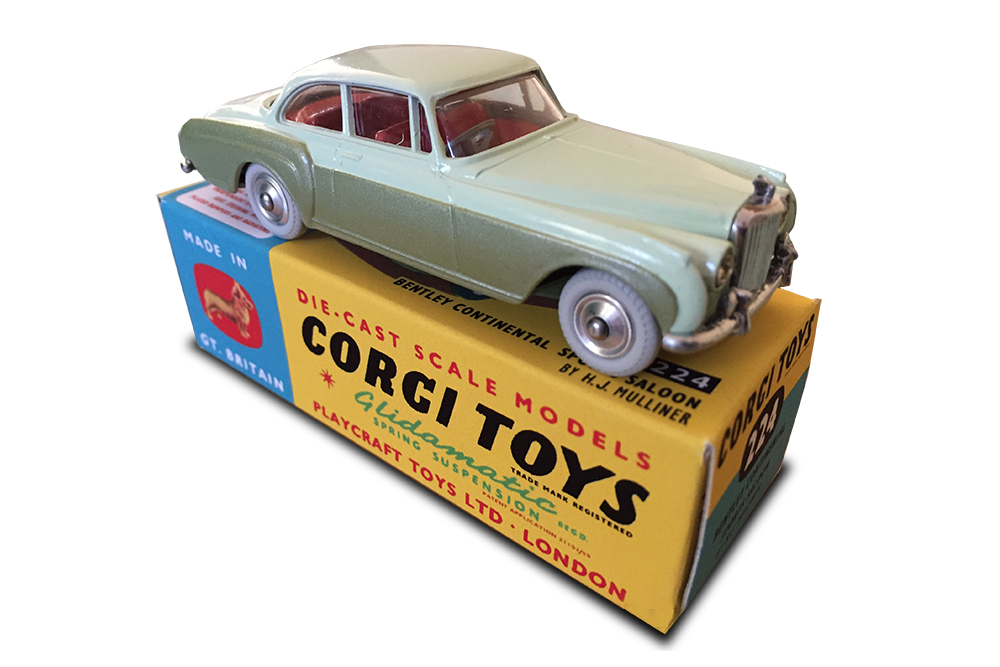 Chicken soup for the soul

Any health professional will tell you that in amongst the hurly burly of everyday life, we all need some time for our own wellbeing – some ‘chicken soup for the soul’.

Some of us are luckier than others in that our work is our vocation, and although I wouldn’t go as far as to say my hobby is also my job – it isn’t that far removed. I’m just using creativity as an example here – so if you’re reading this thinking ‘but I’m not creative!’, well, firstly that’s probably not true, and secondly, your particular ‘chicken soup’ could be something else. For my wife, it’s walking in the countryside. For someone else it could be sport, watching movies or cooking. In short, anything that makes you happy and gets your mind and body working on something that isn’t ‘work’ – that’s your chicken soup.

I’ve already said my job is nearly my hobby – but why do I say nearly? I’m a graphic designer who creates items to fit a brief – to do a job. I do get a lot of satisfaction from doing that to the best of my ability, but of course that isn’t without its pressures. ‘It’s still work Jim, but not as we know it’… 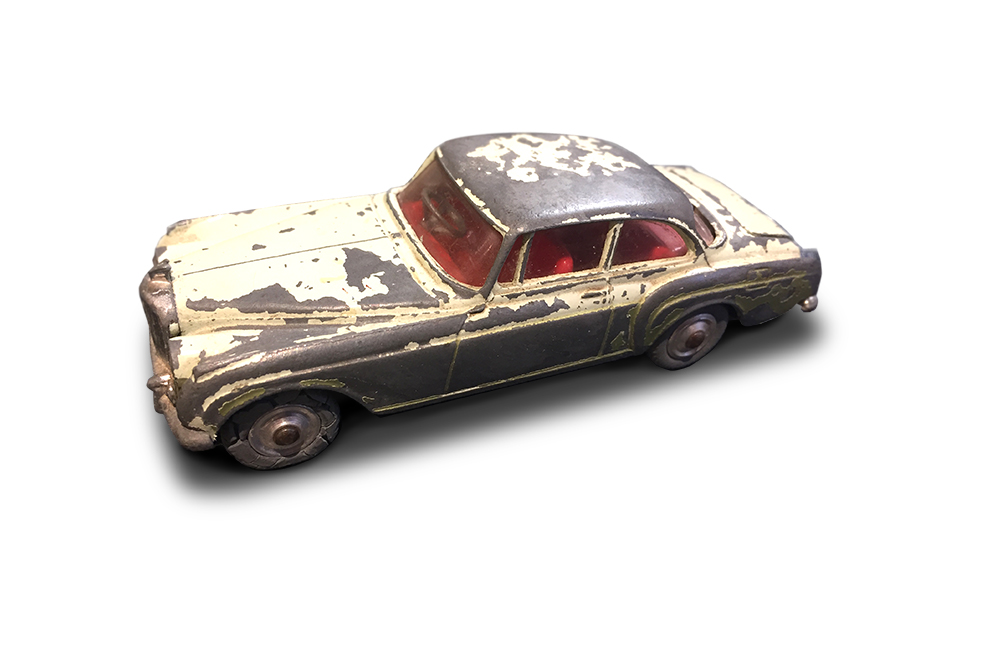 So you might ask – what is my chicken soup? My childhood involved no internet, no computer games and only three channels on the telly. To lighten the seventies gloom, I had lots and lots of Matchbox, Corgi and Dinky cars, and I’ve still got most of them. These toys can be worth quite a lot of money now – but only if they are in exactly the same condition as they were when new and still have their boxes. I can assure you that I played with – and wrecked – most of mine. Some years ago, I wondered how they could be restored. Being a ‘classically trained’ designer, I know how to colour match paint and handle an airbrush – but what about all the missing tyres and plastic parts? Without those, you may as well not bother.

Then I discovered almost every reproduction part for every model could be bought online. The floodgates opened! The Corgi Batmobile that I was given in 1969 and dug out of a sandpit in 1986 could now live again, complete with new paint, tyres and rockets, and Batman and Robin sitting in the cockpit. The little Matchbox racing car I remember my nan buying for me, now sits on new tyres, with new paint and a new driver. 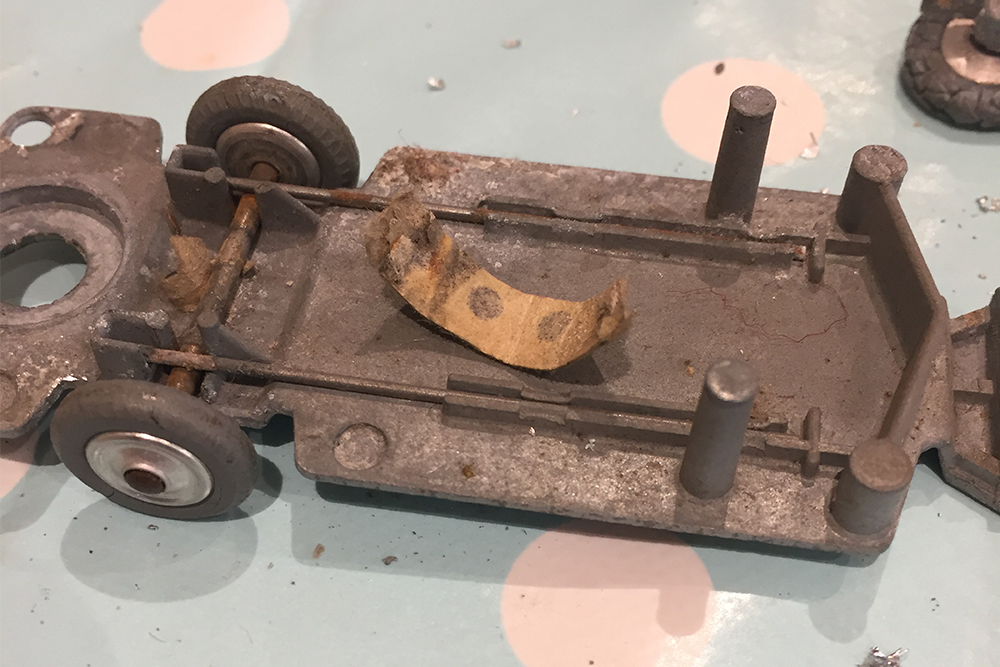 The previous owner had inserted some toy gun caps into the chassis!

It’s in my nature to have an eye for detail and while I’m not interested in making fakes (although sadly that does happen) I am interested in doing the best I can to get the models back to as close to a factory fresh condition as I possibly can. How was the metal primed in the factory? What were screen printed decals? How were they riveted together? Was the paint truly a gloss finish? Then there are the trade secrets. How to repair metal. How to rechrome parts…and now…how to 3D print new ones. And that’s before you even get into recreating the box artwork.

But when all is said and done, I muck about with toy cars.

There. I said it.

That’s all it looks like, and that’s probably all it is. But for me, it’s my own chicken soup for the soul. It goes to show, it doesn’t matter how crazy your idea might be or what other people might say – if it makes you happy, doesn’t hurt you (or anyone else), you can afford it (and it’s legal!) – you should do it. Really. 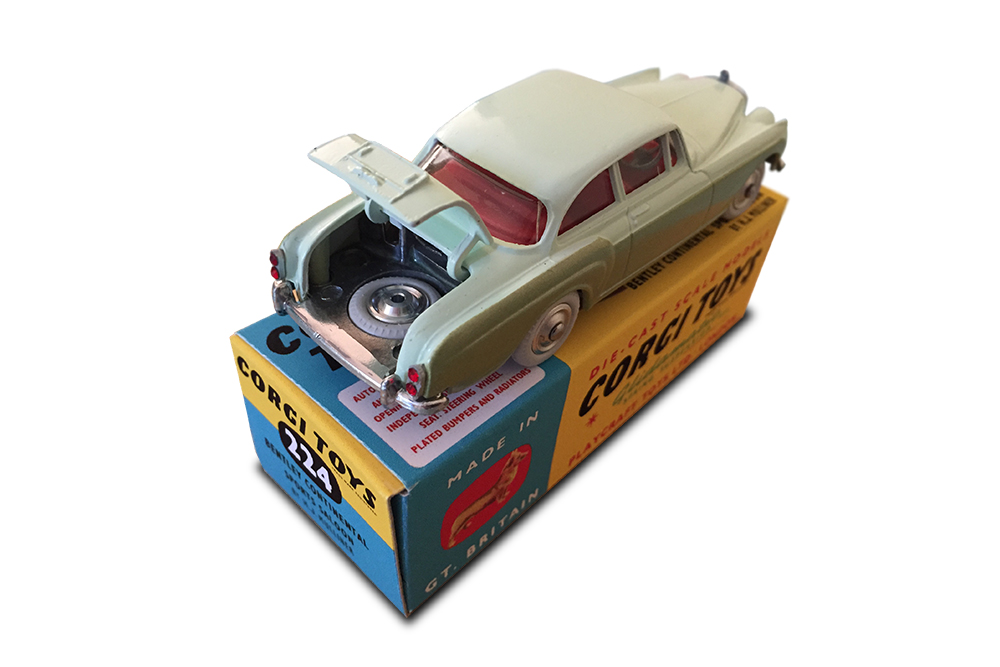 …complete with new jewelled taillights and spare wheel and tyre!